The love that dare not speak its name? Perhaps it’s the love between two people who can never consummate their passion, never live happily ever after. The love between Alec and Laura is such a love.

They’ve met quite by accident, you see. It’s 1938. Circumstances bring her to town on Thursdays for shopping. As the express train blows past, she gets a cinder in her eye. He sees her in distress, and removes the speck with skill, since he’s a doctor. He comes to town on Thursdays, too, to work in the local hospital. That meeting, and a couple of others that follow, leave them both helplessly smitten. And soon they’re looking forward to their stolen Thursdays.

But they’re married to others. They’ve got lives, kids they can’t leave. Their brief encounter will never be more than that. 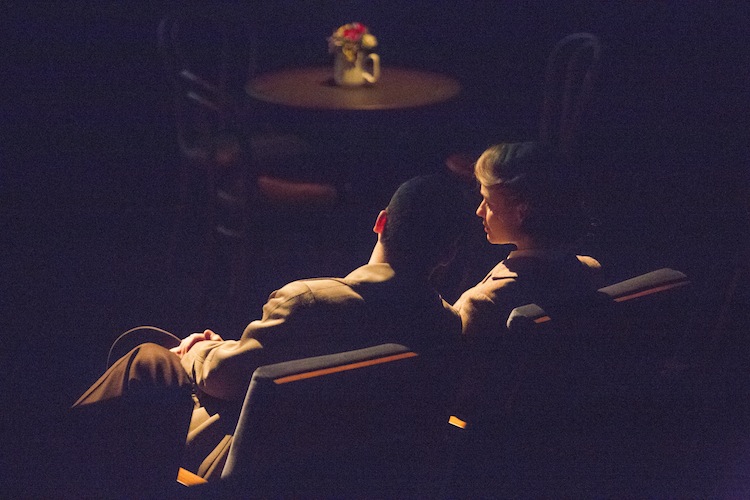 I came to Brief Encounter backwards. Having never seen the classic film with Trevor Howard and Celia Johnson, my first experience of the story was the brilliant theatrical adaptation and alchemical enhancement now on view at the Shakespeare Theatre Company in Washington. Brought to town by the Kneehigh Theatre Company, the show visited Broadway in 2010 where Ben Brantley called it “surely the most enchanting work of stagecraft ever inspired by a movie.”

Over two nights of seeing the play and then catching up with the classic 1945 movie it’s based on, I’m sold on Noel Coward’s simple story, which started out as a one act play. The two modes of telling — live, and on film — both work to make visceral connections. And what’s more, the live performance mixes in generous helpings of film, while the old movie is boldly theatrical. They’re a perfectly matched set. 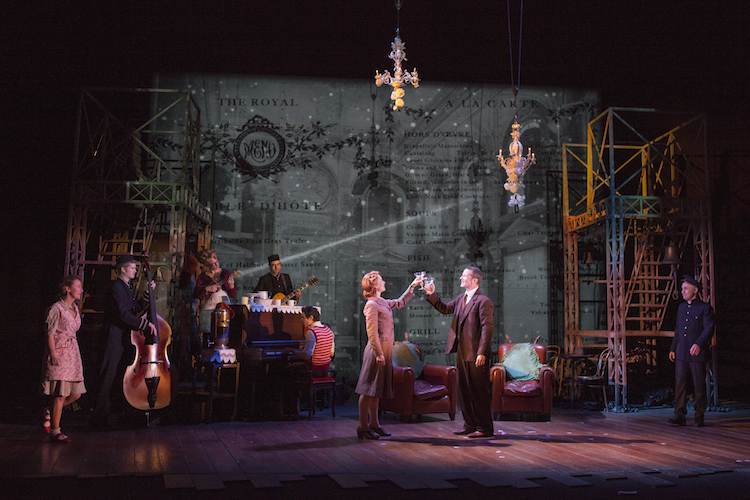 The play has the loose-limbed “let’s put on a show” approach that begins as you enter the auditorium. The cast, all in railroad uniforms, starts to play music all around the house. Soon they’ll be taking on the various characters that put our tragic couple into perspective, from the proper proprietor of the rail station tea shop, to her energetic young assistant, to Laura’s stalwart husband. But the music never stops, using some Coward classics and some music hall favorites, plus an array of original sounds. It comments on the action, here underscoring it, there hurling it forward. There are also musical echoes of Rachmaninoff’s Piano Concerto, No. 2, which is a dominant feature of the film of Brief Encounter.

At a few magical moments characters will disappear into a movie screen that’s part of the stage show’s backdrop and reappear in a film of their lives, a la Woody Allen’s Purple Rose of Cairo. It’s a stunning coup de theatre that emphasizes the show’s inspiration and starting point in David Lean’s film, and, paradoxically, its uniqueness as live theater. 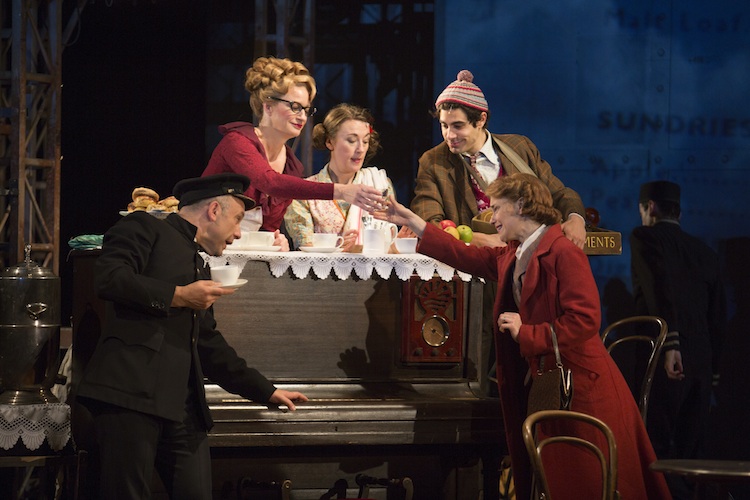 But if this was merely the stage “version” of the film, it wouldn’t seem so new, bold and creative. Instead it’s a re-imagining, an homage, a love letter to a movie that Brits, at least, have sometimes voted the most romantic cinematic work of all time. 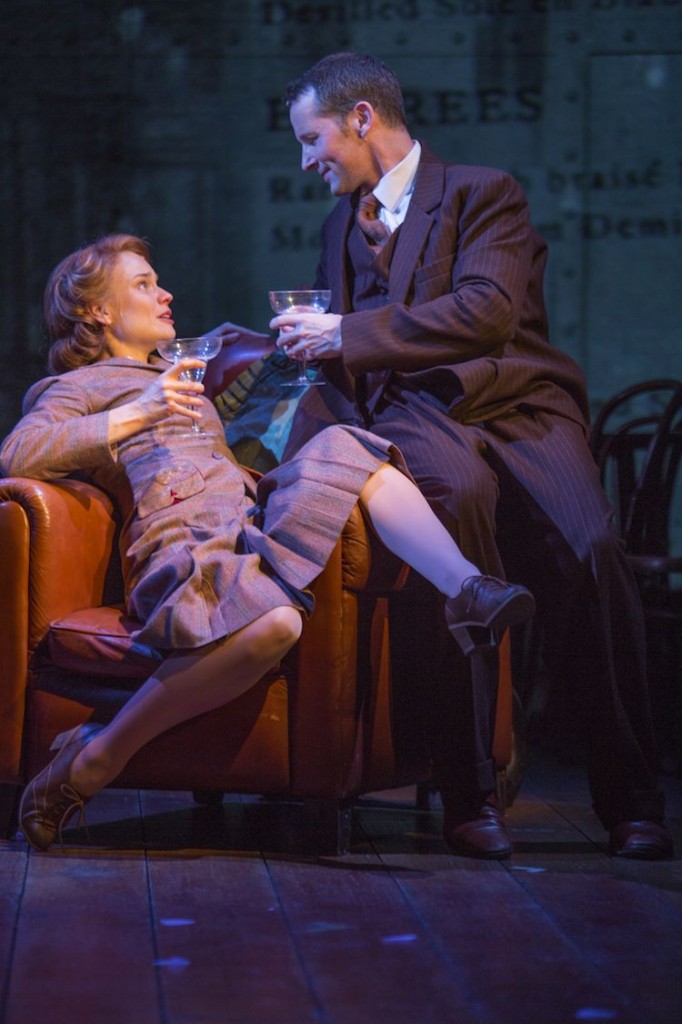 One of the things that’s so wonderful about the show is that while this couple is clearly on a collision course with misery, life goes on around them in quite routine ways. Couples who are free to follow their hearts literally chase each other across the stage. Alec and Laura, on the other hand, will never be able to love each other freely, which strangles their emotions while making their scenes together almost unbearably intense.

The two main performances — by Hannah Yelland as Laura and Jim Sturgeon as Dr. Alec Harvey — are acting lessons in the best sense of the phrase. Winning a Tony nomination when she played the part on Broadway, Yelland is so believable, so vulnerable, so human that we know immediately why the doctor would almost be willing to throw away his entire life to be forever in her presence. And of course we know why he can’t insist on continuing their relationship, since destroying her connection to her children and husband would also destroy her.

So the play and the movie both end as a busybody neighbor of Laura’s frustrates the couple’s chance for a simple goodbye. Dr. Harvey goes off to Africa, and Laura, one hopes, will tap the self worth she may have found as the object of Alec’s fierce love, and find a way to go on.

Brief Encounter, adapted and directed by Emma Rice continues at the Shakespeare Theatre in Washington through April 13.