From Silver Linings Playbook to Homeland, mental illness — particularly the photogenic bipolar variety — has been popping up with increasing frequency in entertainment offerings. Of course, there’s something inherently dramatic about the highs and lows — especially the highs — of manic depression. Just ask Jimi Hendrix. And Kay Redfield Jamison, among others, has done a good job documenting the connection between artists and the ups and downs of the bipolar life.

Welcome to Me, Kristen Wiig’s new comedy, is the latest example of this trend, presenting a winning, off-her-meds bipolar heroine making iffy but non-lethal life choices in a completely enjoyable film that’s not without the occasional cringe.

Absurd, over-the-top, hysterical, caustic and sympathetic to its wacky protagonist, there’s no telling whether this new film will add anything meaningful to the ongoing dialogue about issues like stigma and the proper care of those battling serious and severe mental illness. But it’s a great film, and my prediction is that Wiig’s likely nomination for (at least) a Golden Globe best actress award next year will shine a light on issues of importance for those of us in the patient community.

Kristen Wiig is Alice Klieg; her long suffering therapist Dr. Daryl Moffet is played by Tim Robbins. One of the inside jokes of the film is the evolving fashion of labels for Alice’s behavior. Manic depression, bipolar disorder and now borderline personality disorder have all been applied to Alice’s deviation from the norm. The labels themselves are as shifty as the emotions.

What does Alice want? Her namesake lights, of course, to shine brightly on an Oprah-esque talk show of her own, where she enters each episode on a swan boat, and re-enacts unhappy scenes from her pre-millionaire life, while making the occasional meatloaf “cake” with mashed potato “icing.”  A pair of brothers, small time infomercial producers, are more than happy to take her money for this vanity project, bringing along their small crew, including the always-wonderful Joan Cusack as the director of the sure-to-fail talk show.

And yet it doesn’t fail. Nor does it explode in the way of Hollywood movies, to become the biggest and best thing since… Oprah. Instead, the off kilter production becomes exactly as popular as its quirks allow, until Alice, following the necessities of her illness and convention, spirals out of control, eventually wandering naked in the casino she has come to call home.

There’s almost no way to fully describe this film, except to point to a Wiig’s fearless performance, a premise grounded in understanding of and impatience with the selfie age, and a full acceptance of Alice’s potentially harmful being, which escapes our ridicule and horror only because of her openness and exquisite individuality.

In the end, you thank director Shira Piven, screenwriter Eliot Laurence, producer Will Ferrell and the rest of the lunatic mob behind this venture for several things: keeping your sympathies with the struggling Alice, making a very funny film, sending up aspects of our culture that fully deserve skewering, and reminding us that mental illness is neither a death sentence nor a straitjacket.

‘Welcome to Me’ Photo by Suzanne Hanover

Stay up to date with all our latest news and launches. Only the best quality makes it onto our blog!

Working with director Billy Yalowitz, I created a set of three videos for his presentation North Cal…

I conceived and managed this project. The aim was to engage a new audience with the AARP website, an…

When I first started working at AARP, we were trying to figure out how video could be used to amplif… 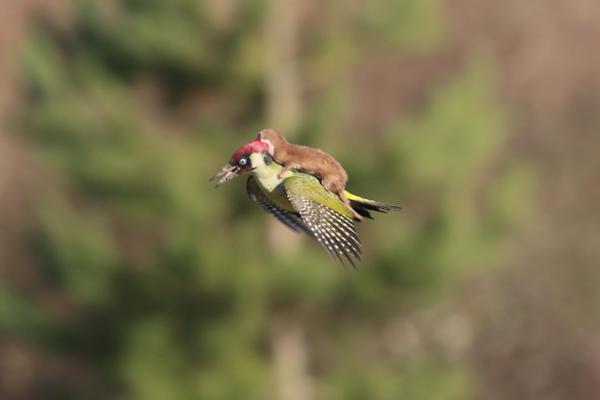